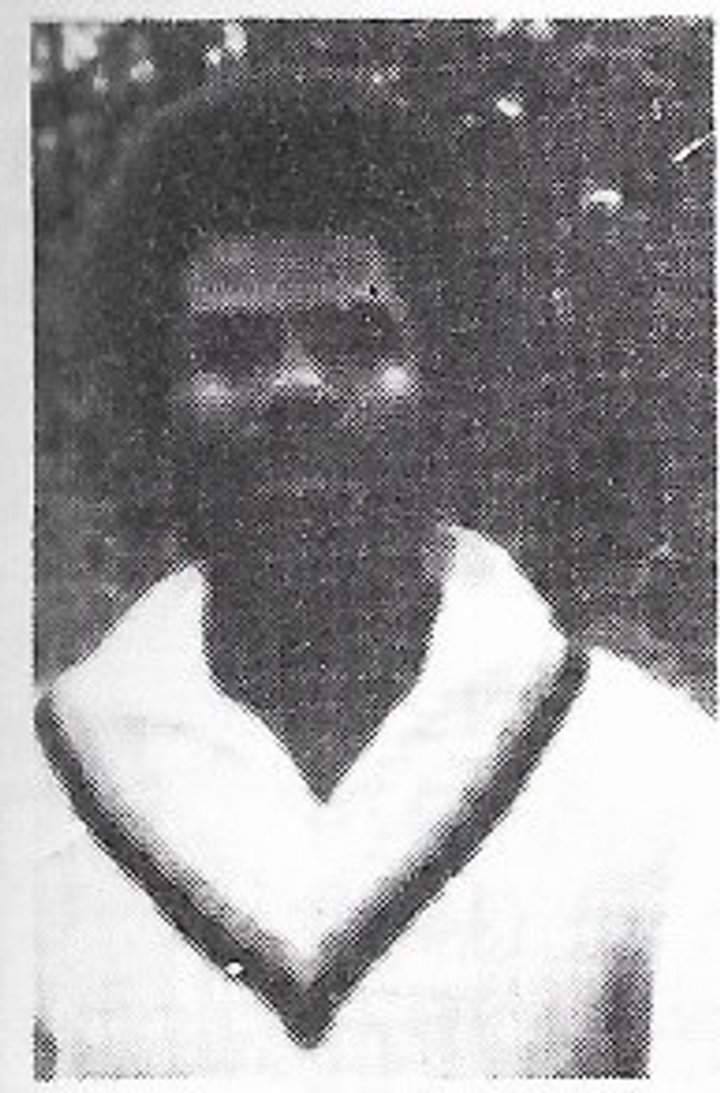 Former 1st XI team mates of Kingston Murray were sad to hear of his recent passing. Paceman, Grenada born Kingston played for Mitcham CC between 1976 and 1978. He was a member of our 1978 team that won the Surrey Championship for the 4th time (Mitcham CC has not won it since).

Kingston was very fast by club standards. I remember a social function at East Molesey. They had a precocious 16 year old opening batsman called Duncan Pauline who had already made an impression with Surrey 2nd XI. In conversation with Pat (then the 1st XI Captain) and myself, Duncan enquired as to how fast Kingston Murray was (his reputation had been circulating). With a straight face, Pat said "he's about as fast as Wayne Daniel (the West Indian Test player who was skittling all the counties out at the time), no-one is good enough to hook his bouncer". This was something of an exaggeration but one which the young aspirant clearly noted. When we came to play East Molesey, Pat told Kingston to bowl three balls pitched up at three quarter pace and then fire in a quick bouncer. This he did and Duncan was half way through his hook shot when it hit him on the glove and dollied up to short leg. A quite brilliant con by Pat.

The other recollection I have is when he flattened the Dulwich opener with a bouncer. The man in question was a bald-headed George Murray who had played for Western Australia! So Kingston could boast some top quality scalps.

The Mitcham CC yearbook report on the 1976 season noted that the introduction of Kingston Murray would make the bowling attack more hostile and varied and states that he was easily the fastest bowler on the circuit. But Kingston lived quite a way from Mitcham (in Acton) and his work commitments meant that he was only available on alternative weeks. Even playing only 14 matches that season he racked up 37 wickets including 6 for 37 against Dulwich and a further six-fer against Sunbury. In 1977 he unfortunately picked up an injury so only played part of the season. He was back in 1978 taking 21 wickets over the Championship winning season, including taking 7 for 39 against Sutton (at one point Kingston’s figures were 6 for 19 in seven overs). The Club yearbook records that his pace was shown to good effect in the games against Honor Oak, Guildford and most impressively Dulwich.

Kingston also returned to participate in groundsman Fred Bowpitt's farewell game, in 1979 – the report of the 1979 season notes how much he and his good friend Vinny Brewster were missed from the 1st XI that year.

Kingston Murray came to England from Grenada in 1975. In Grenada he served in the police, and played cricket not just for the Police team, but also at a national level for Grenada during the 1970s. He is remembered as one of the greatest fast bowlers Grenada had ever produced. He left his family behind in Grenada when he emigrated to the UK in a bid to better provide for his children.

In England Kingston secured a job with London Underground as a station assistant eventually rising to supervisor at Notting Hill Gate Station by the time he retired. After playing for Mitcham CC he became the opening bowler for Islands CC (a predominantly Grenadian club based in Perivale N London). Islands CC merged with another local Club to form Island Vale CC. Kingston remained involved with Island Vale CC until his death – becoming their club President for the last decade of his life.

Kingston is sadly missed by a large family and a wide range of cricket team mates.